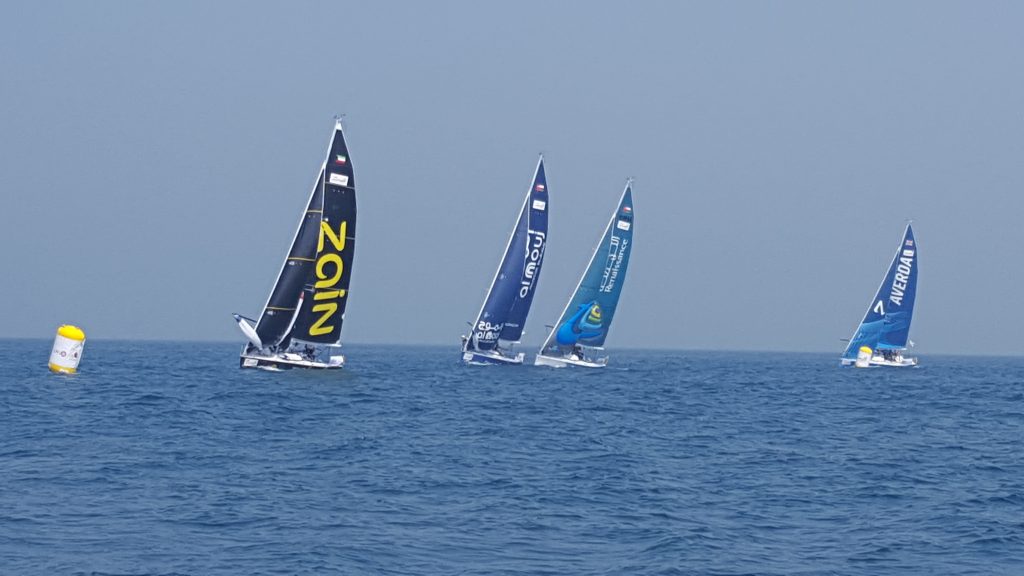 My Sailing Arabia – The Tour with team Zain

I recently got one of those once-in-a-lifetime opportunities to join team Zain on Sailing Arabia – The Tour (SATT), the Gulf regions leading offshore sailing race which encompasses 5 offshore legs over 760 nautical miles, 3 in port races and 6 locations around the Gulf of Arabia, starting in Muscat and ending in Dubai.

2017 was Zain’s third year participating in the event with a team comprised primarily of Zain employees, mainly made up of amateur sailors. Considering the performance of the Zain team in the previous two years, the aim for 2017 was for a podium place in the overall rankings, a place that was in touching distance right up until the end.

With previous experience and sailing qualifications, I was luckily able to get onto the Zain team for the last 2 legs of the event due to the close relationship SLA Digital holds with Zain as their Managed Service provider for Direct Operator Billing. Having no experience of the boat or the crew, the experience was certainly tough however I was welcomed immediately as a member of the crew.

Eight identical Farr 30’s compete in the race, stripped out of all unnecessary weight including the toilet and the kitchen sink. Because each boat is identical, winning comes down to rig set up, tactics and team work. Sleep was scarce and to be found anywhere – on the rail, on deck or nestled in the spinnaker, Sailing Arabia – The Tour is a test of team work, skill and stamina.

The racing was intense, exciting and eventful with many highs and lows and much needed Rest & Relaxation days at each amazing destination giving teams the opportunity to experience the culture of each destination, from visiting the Grand Mosque in Abu Dhabi to seeing how the Qatari’s unwind in the desert in dune buggies with more kick than most cars.

The Zain team, led by professional sailors Cedric Pouligny, Gerald Veniard and team captain Michael Miller, had a number of highs, lows and setbacks in the offshore races including getting debris caught around our keel overnight on leg 5 from Qatar to Dubai which literally acted as a brake and enabled two teams to overtake us. Having removed the bag on day 2 of leg 5, we managed to hold on to fourth position but unfortunately on the last miles of the race, we ran into a patch of no wind and podium position hopes were dashed – but that’s sailing!

The team fought to the very end picking up a bronze in the inshore Dubai races and a fourth place position overall and considering the makeup of the top three teams (EFG Bank Monaco, Renaissance and Al Mouj) were professional sailors, it is a credit to the Zain team and professional leaders to perform so well.

I would like to take the opportunity to thank Zain for the opportunity. SATT was certainly a phenomenal experience, improved immeasurably by the members of the Zain team and should the opportunity to join them again next year arise, I would have no hesitation in jumping on a last-minute 8 hour flight and doing it all over again.